The Road to Vimy Project

The Goals of our Road to Vimy Project

Valour Canada has designed the Road to Vimy Website to illustrate the entry into the First World War by Canada, but more specifically to commemorate the 100th anniversary of the Battle of Vimy Ridge by presenting a description of the lead-up to Vimy, the actual battle, and its aftermath. Many see the cohesiveness that developed and culminated during the taking of Vimy Ridge as the birth of Canada; this topic will be explored in the final unit.

The educational materials presented on the Road to Vimy website are aimed towards our adolescent readers, but it is Valour Canada’s hope that the content provided is accessible to all ages and groups, including cadets, veterans, adult groups, or any other member of the public interested in Canada’s military history. 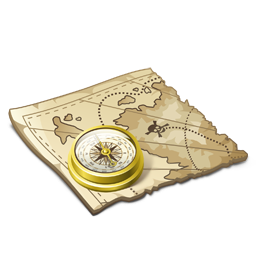 Valour Canada is a charitable organization with Canadian citizenship and military history at its core. We develop and provide online content, professional development opportunities for teachers, and educational opportunities for students which foster a deeper understanding of who we are as a nation, in terms of our foreign policy goals and actions, and who we might become individually as humanitarians, military personnel, policy makers, journalists, etc.

We are an organization that believes in student engagement, academic rigour, teacher professional development, innovative teaching and learning practices, and the connection between curriculum and identity. As we grow, and begin to reach beyond, we are expanding our online offerings in an attempt to create a learning community that spans the country from coast to coast to coast.

In addition to our current Road to Vimy Ridge project, we have others that may be of interest to all Canadians. The Forgotten Fallen film, created in 2014-2015, breathes life into four monumental Canadians who made the ultimate sacrifice during the First World War and who are some of the 19,000 fallen who have no known grave. It can be viewed at: Forgotten Fallen

Also, our LLANDOVERY CASTLE educational package, which can be found here, delves into the specific case of Margaret Marjory Fraser, the nursing sister of the hospital ship the LLANDOVERY CASTLE, who lost her life at the hands of a German submarine-fired torpedo while taxiing wounded soldiers across the Atlantic.

It is our interest that Canadian teachers and students gain a deeper understanding of the contributions Canadians have made historically and the impact of those contributions on our national and international identity(ies). Furthermore, we believe that there are existential topics at the heart of these stories that may pique students’ and teachers’ curiosity, drive student-led inquiries into the historical and contemporary implications of these questions, and bridge the gap between knowledge and action beyond the classroom.

For general inquiries, to provide feedback on content and/or design, or for any other purpose, please contact us by clicking on the mail icon in the lower right of your screen.

For questions regarding education, please email our educator.

If you would prefer to use traditional mail, please send to:

If you would like to receive our quarterly newsletters, more information about our programming, or any notices on new releases, please join our mailing list by submitting your email address. Please note that you can opt out at any time and that ValourCanada takes your privacy very seriously.

The various materials presented by the Road to Vimy site cover a wide range of historical facts, interesting figures, important events, and timeless issues. Consequently, numerous expectations dictated in various provincial curriculum documents are covered by the subject material on the Road to Vimy website. It is our aim that our presentation will not just assist teachers, but that learning for users will be facilitated in a meaningful and long-lasting manner. Please review below for expectations that would be covered should a class decide to review the entire Vimy site.

Teachers, please note that the following descriptive list is not exhaustive and that it is simply a means of outlining to teachers which topic areas are potentially covered.

Possible questions include the following:
− How important was Canada’s role in Vimy Ridge?
− How did the conscription issue divide Canadians? − What role did women play on the home front? What role did women play overseas? How important was the role of women in the war effort?
− Explain the changing nature of warfare (e.g., trench warfare, submarine warfare, battles of attrition).
− What were the conditions for soldiers in the trenches?
− What were Canada’s war losses?
− What were Canada’s role in specific military events including Somme, Passchendaele, Vimy Ridge, Ypres, and the 100 Days campaign?

– 2: Ideology- To what extent should we embrace an ideology?

– The Examination of Traditional-state and Empire Societies; Culture Interrelationships and CultureChange

– The beginnings of national movements; Equality and revolution; Nationalism and imperialism

– 2: Nationalism- To what extent should we embrace an ideology?

– 2: Nationalism- To what extent should we embrace globalization?

including Somme, Passchendaele, Vimy Ridge, Ypres, and the 100 Days campaign?

– the problem of defending strategic interests within an interdependent world (p.512)

– the impact of the alliance systems on international relations (pp.524-528)

– Consequences of World War I: search for National and Collective Security (p.536)

Essential Question 11.3.4: How was Canada’s identity as a nation shaped by the First World War and by its changing relationship to Great Britain and the world?

Origins of the war; brief overview of rising European nationalism and militarism

World War I and Major Developments to 1939

How did World War I change the balance of power in the world?

What were the ideological responses to conditions prior to, during, and after World War I?

Note: the information presented on this, our Vimy Ridge site, pertains predominantly to the History subject area, particularly to “Canadian History since World War I, Grade 10”, Academic (CHC2D) and Applied (CHC2P), however, the information can also be applicable for covering some of the learning expectations of “Civics and Citizenship, Grade 10”, Open (CHV2O). The following are some examples of expectations that could be covered:

A: Historical Inquiry and Skill Development

A: Political Inquiry and Skill Development

D: Since the Early Nineteenth Century

– Section 2: Canada and the Great War

Outcome #1- will demonstrate their understanding of the role and extent of Canadian participation in WWI.

– 3.1.1 Know, understand and be able to express examples of power relationships and rivalries between European nations, as causes of the First World War (1860s to 1914).

– 3.2.1 Be able to express how power is typically exercised on a continuum and that the exercise of power can have both intended and unintended consequences.

– 3.2.2 Analyze the ingredients of power potential. 3.2.3 Examine historical perspectives to explain the concept of ethnic nationalism and the role it played in the exercise of power by European nations from 1860 to 1945.

– 3.3.1 Examine the role nationalism plays in a modern society involved in conflict.

4.1 Destruction and Disillusionment Students will:

– 4.1.1 Know and understand that mechanized/industrialized warfare led to an increased level of destruction.

– 4.1.2. Comprehend the effects of war on individuals and societies.

– 4.2.1 Understand and be able to explain the points of view of those negotiating the treaties to end the Great War in 1919.

– 4.2.2 Demonstrate how the articles of the Treaty of Versailles were at odds with the stated goal of achieving collective security.

– 4.3.1. Compare and contrast the quest for collective security in 1919 with that of modern day efforts.

Students will be expected to: identify those individuals, events, and/or symbols that they believe have contributed to the development of Canada and explain their historical significance

S2- demonstrate how desires for sovereignty create conflict and compromise

Unit 2: Canada’s Voices from the Past

– 10-2-5- illustrate on a timeline, major historical world conflicts in which Canadians have played a role

– 2.1- Entry into the War: Support for Britain, military preparedness, recruitment, attitudes toward war

Unit 1 examines the sources of tension among European nations that created the volatile political environment prior to the assassination of Archduke Franz Ferdinand which triggered war in 1914. Consideration will be given to the major causes and events of the war, the impact of new technologies applied to warfare, and the nature and terms of the peace process as the Allied Powers met at Versailles in January 1919.

– 1.3 Students will be expected to draw upon primary and/or secondary sources to demonstrate an understanding of the peace process ending World War I. (1.3.6)

The Road to Vimy Ridge