Presenting our Winner, Competition 2 of 2

YouTube Video: The Treaty of Versailles: Did it facilitate the Second World War?

Ammaarah’s references can be viewed here.

Presenting our Winner and Runner-up, Competition 1 of 2

On the Causes of the First World War:

Kelly’s references can be viewed at the end of the video.

On the Problematic Nature of Distinguishing between Terrorists and Freedom Fighters:

Painting: One Man’s Terrorist is Another Man’s Freedom Fighter 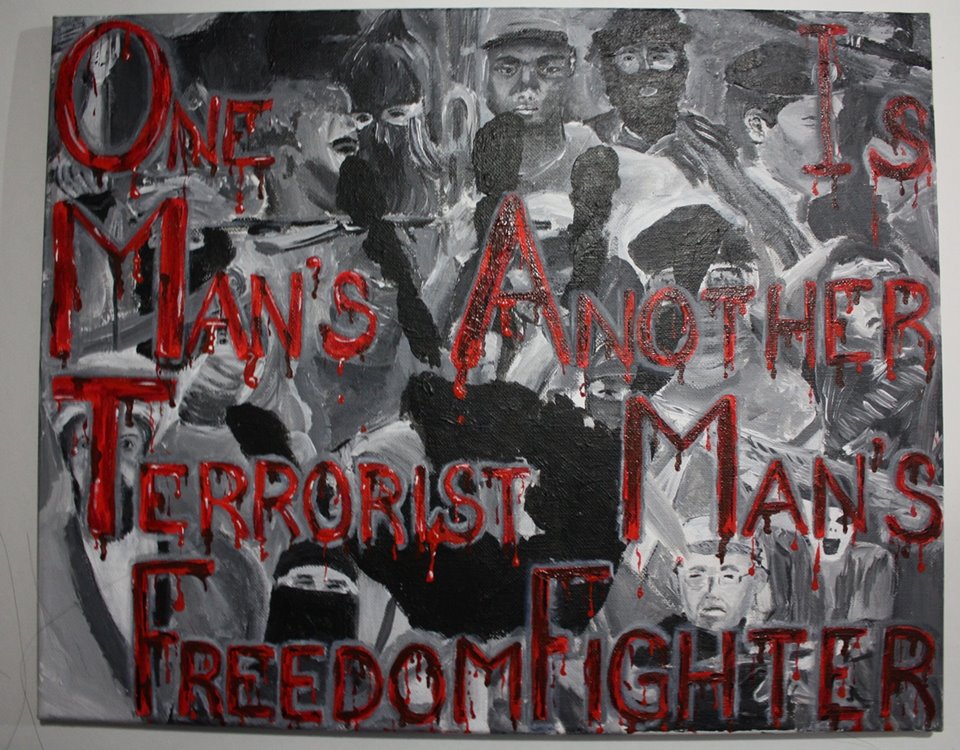 Valour Canada thanks all of the participating students for their hard work!

The aim of Valour Canada’s Shining Star Scholarship Contest is to expose Canadian students to Canada’s experience of the First World War in an engaging, thought-provoking, and memorable manner. The student who creates the best response to a question of their choosing from the list below will be awarded a $500 scholarship to be put towards their post-secondary education.

Students may present their answer in any format of their choosing, be it in a song, a poem, an essay, a sketch or painting, a video, a scrapbook, or in any other medium that logistically allows Valour Canada to receive the submission (ground mail, email, dropbox, youtube) before the given deadline.

Interested individuals should review all of the details below:

(Please ensure that proper and consistent referencing and citations are employed for any resources used in your response. Click for an automated referencing tool free to use. Plagiarism will not be tolerated and will result in disqualification.)

Please choose one from the following 4 questions:

1- Describe any evidence that supports the idea that Canada became a nation as a result of the successful attack on Vimy Ridge. Do you agree or disagree with that assessment and can you see any potential problems that stem from such an interpretation of Vimy Ridge’s role in Canadian history? Explain.

2- Some would argue that Canada’s success in the First World War set the stage for a certain national trajectory throughout the latter part of the 20th century. Describe that trajectory and explain how it has been, or may have been, influenced by our country’s experience in the Great War. Then looking forward, show how Canada’s past experiences can be utilized today in order to have a positive impact on the world.

3- Some scholars feel that the Treaty of Versailles ensured that there would be a Second World War. With what evidence do they make that argument and how valid do you believe their reasoning to be?

4- Assume that you are a Canadian living your life through the latter part of 1916 and into the first few months of 1917. Choose a role, be it as a soldier or a nurse in Europe, maybe a mother or father at home in a prairie province; perhaps you wish to be the manager of a munitions factory or a member of parliament, or maybe you would prefer a persona other than those mentioned here. Play the role of your choice and write a series of correspondences to a loved one that gives the reader an idea of the impact of war upon your daily life and the joys and challenges that exist within it. (Alternatively: Play your role and, using a medium of your choice, present the joys and challenges that exist within your daily life.)

Valour Canada will be running 2 separate contests upon the Road to Vimy Ridge website. Both contests, scheduled to begin in Sept. 2016, will only run for the first 10 months of the website’s life. “Valour’s Shining Star Scholarship”, will recognize 2 winners, each of which having been chosen as the best submission from a pool of entries.

The following rules and regulations apply to the Scholarship contest and are in accordance with Section 74.06 of Canada’s Competition Act and Section 206 of Canada’s Criminal Code:

The Road to Vimy Ridge